PanteA Bahrami, PhD, is a director and journalist who has worked on the issues of Human Rights extensively.

“Budding Grief” — Concept, Director and Editor
Documentary, 100 minutes, in Persian with English subtitles
The Film was selected for International Film Festival in Exile, The World Is My House in Nov. 2015 in Sweden.

Synopsis
On July 27th, 1988, none of the political prisoners in Iran serving their sentences suspected that during next 6 weeks, their numbers would be significantly diminished. Those who survived would never see their missing cellmates again.
The film “Budding Grief” attempts to document the dawning realization among the inmates that these executions amounted to a campaign to exterminate political prisoners, and to trace, step by step, the puzzle that confronted them during this period, from the memories of 12 survivors. How did the prisoners discover that there was a death commission instead of a parole court? How did Iranian men and women fight for their lives and help one another survive by informing one another in secret using Morse code signals, sometimes with light, sometimes with sound?
The daughter of a prisoner who was executed in the 1980s reminds us of her missed childhood, and the challenge of capturing the violent acts of that era in the collective memory of the nation. She became involved in another cycle of protests through her family during the uprising of 2009 in Iran, and the circle continues.
With involving some dance pieces for every episode, the film tries to find out an artistic language for one of the biggest government violence in this century.
The campaign of executing prisoners was a secret project whose existence was revealed by political prisoners held during that grim episode in Iran’s recent history. Up to the present, the regime has not acknowledged it to the public, although some figures in the regime who were aware of it have spoken of it. The human Organizations talk about between 3500 to 5000 capital punishment in 6 weeks after 27 July 1988.

“And In Love I Live” — Concept, Director and Editor
Documentary, 106 minutes, in Persian with English subtitles

And in Love I Live

The film was selected for the following international film festivals:
1. Official Finalist of the 2009 Canada International Film Festival.
2. The 9th International Exile Film Festival 2009, Gothenburg Sweden. The World Is My Home.
3. Kasseler Dokumentarfilm-und Videofest, 26. Kassel Documentary Film Festival Fest 10-15, November 2009.
4. This Human World, 2009 Wien.
The film has been shown in many cities around the world, for example, Berlin, Paris, New York, and Los Angeles.
BBC Persia broadcasted the film in summer 2010, 2011 and 2013.

Thirteen female political prisoners explain their experiences in an Iranian prison. Three generations of women describe their stories of the last 50 years, including accounts of two massacres in the 1980s under the Islamic Republic of Iran; the moments of fear, failure, resistance, torture, friendship and more…

“I Do Not Want to Become A Father Now” — Director and Editor
Documentary, 15 minutes, in German
A Co-production with “Medienprojekt Wuppertal”

“Playing with Fire” — Concept, Director, and Editor
Documentary, 15 minutes, in Persian with German subtitles
A Co-production with “Medienprojekt Wuppertal” 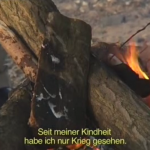 A critical film about Islam; One girl and two young boys describe their experiences with Islamic Law in Iran, the limitations around both formal and informal meetings of girls and boys, having fun, and contacting other young people in the society.

WDR (The public German-TV) Cosmo-TV broadcasted some minutes of the film, followed by a personal interview with the director, PanteA Bahrami.

The film was awarded the Erasmus-Euro Media Siegel prize on June 22, 2007, as part of the project “Young and Muslim in Germany.”

“The Sun Opens the Heart” — Director and Editor
Documentary, 20 minutes, in German, DVD
In Cooperation with “Medienprojekt Wuppertal”

The Sun Opens the Heart

Four Moslem boys related to the true story of their sexual relations, virginity, and honor. They debate with their families and circle of acquaintances about the themes of sexual relations before marriage, religion, and Islam.

“I Am Forced to Live With Two Identities and Two Faces”
Documentary, 20 minutes, in German, DVD
In Cooperation with “Medienprojekt Wuppertal”

Four Moslem boys talk about their sexual relations, virginity, honor, debates within family and circles of acquaintances about sexual relations before marriage, religion and Islam.

“Kolpinhaus: Young and Becoming Independent”
Documentary, 45 minutes, in German
In cooperation with Kolpinghaus

Six boys have left their homes and are living in youth centers. They narrate their stories and talk about their relationships with their parents. Their stories are both cruel and sad.

“From Scream to Scream” — Director and Editor
Documentary, 30 minutes, in Persian with English subtitles

From Scream to Scream 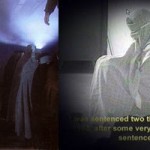 Selected for the 26th International Film Festival of Women and Cinema, which took place in Florence, Italy, on September 30 – October 7, 2004.

Selected for the 26th Edition of the International Meetings of Women and Cinema in October 2004 in Florence, Italy.

Selected for the International Women’s Film Festival, Dortmund/Cologne in October 2006 in Germany.

Selected for screening in the International Film Festival in Exile, Paris, 2008.

“The Story of Boni” — Concept and Editor
Documentary, 30 minutes, in German.
A co-production with Bonifatus and Volkshochschule Children’s Home

Some young refuges narrate their lives in the orphanage of Bonifatius. They describe their personal fate, of suffering the loss of their families and childhood and their reasons for escape. The film was produced by and for this group within the scope of a workshop held for their benefit.

“Why Must Love Be Taboo?” — Director and Editor
Documentary, in German
A co-production with “Medienprojekt Wuppertal”

Selected for the “Blicke aus dem Ruhgebiet” Film Festival in Germany. Shown on June 27, 2004, in Wuppertal.

Five gay Moslem men tell their life stories and how they have psychically accommodated both religion and sexuality.

“Peace or War?” — Director and Editor of the video clips
Documentary, 5 minutes, in German
A Co-production with young foreigners in Jungenförderkreis and the Heinrich-Böll Foundation.

“We and the Others” — Director and Editor
Short Film, 30 minutes, in German
A Co-production with LAG, a state-funded NRW

“The Equality of Opportunity: A Better World” — Concept and Editing
Documentary, 30 minutes, in German
Produced on the occasion of International Women’s Day

Shown in Dietrich-Keuning Haus and on local TV.

Viewed at the Congress of the Whores in 2002. The premiere took place in Wichern Culture Center in Dortmund, Germany.

Prostitution has been a legal profession in Germany since 2001. Prostitutes can have health insurance and can sue their customers for services rendered without payment in the court of law. In the City of Dortmund, there has recently been a “prostitution road” (a road in which prostitution is legal).

Local people petition against a young male prostitute..
Through a dialog between two prostitutes, the situation of these women in Dortmund, their problems and desires are revealed. The film also includes interviews with the police, local people, and the people in charge of an information center about prostitution.

A film about the circumcision of young African girls. The first showing took place on November 22, 2002, at the Foreign Institute, Dortmund.

Shown at the Hagen Film Festival and the Iranian Festival in Cologne. Funded by the women’s lobbyist Soroptomisten, an international women’s organization.

The film shows women from different African nationalities in their countries and in Germany talking about their feelings and their lives. They describe in detail the process of ritual circumcision and its meaning in the life of African women. The film shows some clips of the work of the women’s self-help Project DAFGEM, which also runs other programs around water and hygiene, education for girls and women’s groups, and creating jobs for women who had no other income except what they earn from performing circumcisions on young girls.

“Ourselves and a New Women’s Movement”
Documentary, 30 minutes, in German

A part of this documentary was broadcast by WDR, German Public Broadcasting.

Thirty women of different nationalities, young and old, professional as well as undereducated women, discuss the issue of the women’s movement of the 70’s. They remember what they were fighting for: abortion rights, construction of a women’s center, equal opportunities in education, equal wages, etc. “Femalismus” is not just traditional feminism; it reveals a new tendency in the women’s movement.

“Islam: My Identity or the Reason for My Escape” — Director and Editor
Documentary, 45 minutes, in German

The documentary is about the different lifestyles of women from Moslem countries. Six Moslem women from different countries, including from Germany, describe their lifestyles and how they live in Europe now. They explain their different religious opinions and experiences.

The film was produced for the day of “Say No to Violence” and was shown at the University of Dortmund.

Shown at the repertoire cinema in Freiburg and at the First International Film Festival Nürnberg and München Directora in 2003.

“I Belong to Nobody” — Director and Editor
Documentary, 30 minutes, in German

The film presents the short life of 24-year-old Soya, a young Iranian woman who, along with her two children, was murdered by her husband. This documentary shows that it is not merely one family’s drama: a patriarchal view knows no nationality. One out of every four females becomes a victim of mistreatment and violence in a relationship.

Shown in the Iranian Film Festival in Hamburg, Germany.

“Another Face” — Concept and Editing
Documentary, 45 minutes, in German

Shown at the Dietrich-Keuning-Haus in Dortmund, Germany, on International Women’s Day.

This film reveals the life stories of six women of different nationalities. It tries to destroy the manipulated picture of foreign women in German media, portrayed as financially and emotionally dependent on men. The film shows that these women are fully independent and speak German very well. Above all, they are not shown as just working in the kitchen. A German anti-nuclear activist woman also appears in the film. 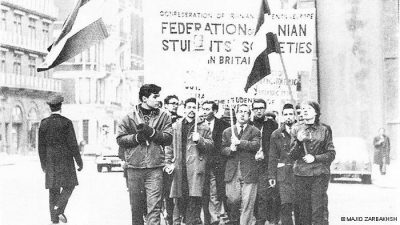